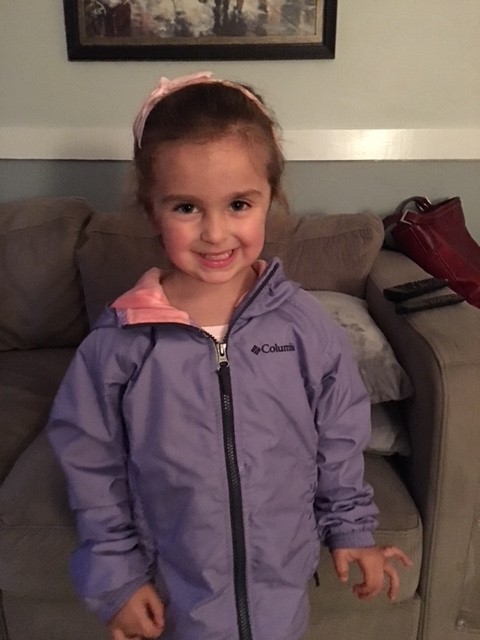 It began in December as a typical child’s cold that never fully went away. Being a conscientious mother, Jessica Clifford, a high school Spanish and ESL teacher from Acton, MA, took her 3-year-old daughter Maria Isabel to the pediatrician just in case. Nothing of concern was identified.

By February, it was time for Isabel’s first trip to Disney on Ice, but she had contracted what appeared to be bronchitis, except with no fever. Plus, Isabel had developed a slight limp and complained that her bones hurt. Another trip to the doctors again yielded negative test results.

Then on March 1st, just days before a 4th birthday party that was never to happen, Isabel’s preschool teacher was concerned. A normally vibrant little girl full of energy, Isabel seemed exhausted, lying on the carpet unable to participate in all the activities she normally loved.

Jessica received the call from Isabel’s school. She left work immediately and brought Isabel straight to her pediatrician. Within the hour they were at Children’s Hospital. Shortly thereafter, Jessica’s world changed forever for the second time.

The first time Jessica’s world changed forever was four years earlier, under very different circumstances. Joyous ones. Ones that merely a few decades before would have been considered impossible, a miracle. By then Jessica had already been teaching at Saugus High School for over a decade, was single, had been living with severe endometriosis and recently suffered through a burst ovarian cyst.

She had entered her 30’s and been told her prospects of ever bearing her own child did not look good. Jessica remained undeterred. She believed that she was meant to bring a child into the world, and simply had to try. Jessica braved the discomfort, expense and uncertain odds of IVF treatment. She selected a sperm donor, endured a difficult pregnancy, and on March 1st, 2014, her rosy cheeked, 9 lb. miracle was born.

Big Treatment for a Little Girl 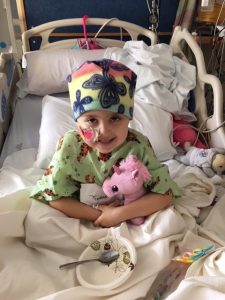 Four years later, Maria Isabel Clifford was diagnosed with B-cell Acute Lymphoblastic Leukemia, one of the most tragically prevalent, but blessedly often curable, forms of childhood cancer. Now in the midst of a grueling, 2-year chemotherapy regimen at the Jimmy Fund Clinic at Dana Farber, Isabel’s prognosis looks good. Despite the side effects— her brain feels hot and hurts from the treatments; the withdrawal from the steroids administered at the start of every 3-week cycle causes joint pain to the point where sometimes she cannot walk – Isabel’s spirit remains unbreakable. A slightly shy but very sociable child by nature, Isabel loves chatting with hospital staff and family and friends who come to visit during her extensive time at the hospital, and looks forward to all the fun activities for children at the Jimmy Fund clinic.

For Jessica, the hardest part has been the worry. She downplays how challenging it has been on her as a single mother “to be alone and doing everything.” Isabel’s initial hospitalization, ongoing treatment, various complications and overall frail condition necessitated that Jessica take a leave from teaching this spring.

The cost of secondary insurance premiums, transportation, and other incidental expenses that insurance does not cover are mounting. From a small family herself, Jessica’s father is now in a nursing facility, and her mother does her best to divide her time between helping with Isabel and tending to her father. Jessica’s younger sister, Jenny, turned down another job so she can nanny for Isabel this fall, allowing Jessica to return to her 15th year of teaching at Saugus High with a little peace of mind knowing that her daughter is in good hands during the many trips to Dana Farber when Jessica won’t be able to be by her side.

The Long Road Ahead is Full of Hope 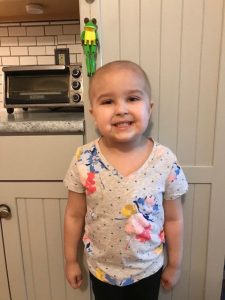 Jessica is realistic about the long road ahead for Isabel and herself, but optimistic about the likely outcome. In the meantime, she is determined to restore a sense of normalcy to Maria Isabel’s life. As a first step in that direction, Jessica has arranged for Isabel to attend preschool two mornings each week this fall, emphasizing that “it’s important for her socialization to be around other children her age outside of a hospital setting, to make friends and continue the learning process.”

The Emergency Medical Assistance Grant the Clifford family received from the Foundation Trust has helped lighten the burden of their many uncovered medical and transportation expenses. A portion of this grant will also be used to offset the cost of Isabel’s preschool this fall. Explains Dr. Joseph Spinazzola, Executive Director of the Foundation Trust:

“One of the major goals of a medium-sized charitable trust such as ours is to seek opportunities through which the modest grants we are able to offer can make an appreciable impact on the programming and sustainability of smaller nonprofit service organizations, or a meaningful difference in the lives of a family in crisis. When you get the chance to meet a little one so full of life and light as Isabel, and a remarkable, resolute parent like she has in Jessica, there is no decision to be made. In these instances, the grant made to the recipient is really a gift to the foundation itself: a gift of thanks for the privilege of being able to do some good and to know without question that every dollar is being put to its best possible use.”

How You Can Help

To provide additional assistance to the Clifford Family: : Support their GoFundMe page.

Support the work of the Foundation Trust by donating to the fund.