As he approached his 100th birthday, Dante Dieso, Founder of the Foundation Trust, ensured that his legacy would support the educational and professional advancement of underprivileged youth and young adults for at least another century.

In his last act as Trustee, Mr. Dieso made the new foundation’s largest donation yet: a $100,000 gift to Boston University to establish the Dante Dieso Foundation Scholarship Fund at the Questrom School of Business. 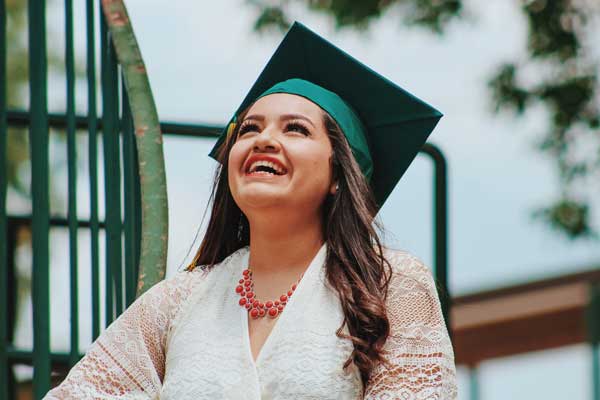 Given in response to Boston University President Robert A. Brown’s Century Challenge, BU will match, on a dollar-for-dollar basis, the payout from the Fund in order to provide one-to-two need-based scholarships each year for the next 100 years.

President Brown remarks in a letter of thanks to the Foundation’s Trustees,

“Mr. Dieso’s support continues to strengthen the University’s efforts to attract and retain highly talented students, regardless of their economic backgrounds… easing the financial burdens faced by students as they strive to meet their academic goals.”

Glenn Vivian, Assistant Vice President and Director of Planned Giving at Boston University, explains the importance of scholarships such as this one:

“Keeping a Boston University educational affordable to all qualified students, no matter what their family’s economic circumstances, is an overriding priority for BU. Inclusiveness is one of its oldest and proudest traditions, and a diverse student body-fully reflective of the vibrant and challenging world around us-is one of its great strengths.”

These sentiments echo those of the Founder and Trustees of the Dante Dieso Foundation Trust, who themselves each reflect America’s rich immigrant tradition as first, second and third generation Americans. The Founder and Trustees all descended from working class families– of diverse Italian, Irish, French, German, Jewish and Middle Eastern ancestry—families that shared a collective determination to better the quality of life for their children, grandchildren and great-grandchildren through education.

Need-Based Annual Scholarships for This Generation and the Next

This fund will provide annual scholarship awards based on financial need to one or more deserving undergraduate students at the Questrom School of Business beginning this September, 2018.

Importantly, the Dante Dieso Foundation Scholarship is a permanently endowed fund. This means that every year in which interest generated from the fund exceeds that needed to cover the scholarships, the unexpended income will be capitalized, accumulated and put back into the fund for future use. This endowment approach is intentionally designed to grow the fund, making certain that 100 years from now, its endowment will be sufficiently robust to continue to offer Dante Dieso Foundation Scholarships for generations upon generations to come.

“Boston University is extremely grateful to Mr. Dieso for his commitment to support students through the Dante Dieso Foundation Scholarship Fund.   His decision to establish an endowed scholarship is an investment in the future and it represents his vote of confidence in the University.”